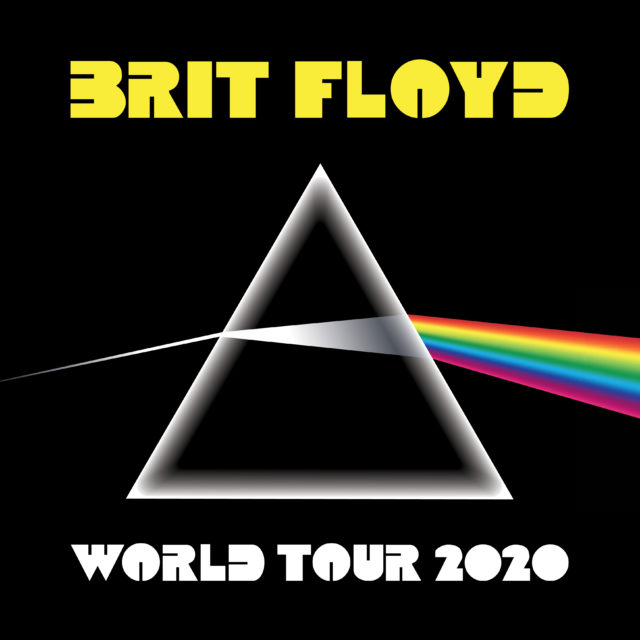 For the health and safety of Brit Floyd’s fans and to minimize the spread of COVID-19, Brit Floyd has made the decision to reschedule the performance on Tuesday, June 9, 2020 and Wednesday, June 9, 2021 at The Arvest Bank Theatre at the Midland.  If you previously made a contribution to Kansas City PBS to attend this show, your tickets will be honored by Kansas City PBS and the Arvest Bank Theatre at the Midland for the Wednesday, June 8, 2022 date.

For more information about the performance and tickets, visit the Arvest Bank Theatre at the Midland website by clicking here.

Brit Floyd’s, “The World’s Greatest Pink Floyd Show” brand new 2020 production Includes  highlights from The Wall, The Dark Side of the Moon, Wish You Were Here, Animals and The Division Bell, and featuring a show-stopping 23 minute ‘note-for-note’ performance of the iconic era
defining song Echoes, written 50 years ago, and from Pink Floyd’s
breakthrough 1971 album Meddle. 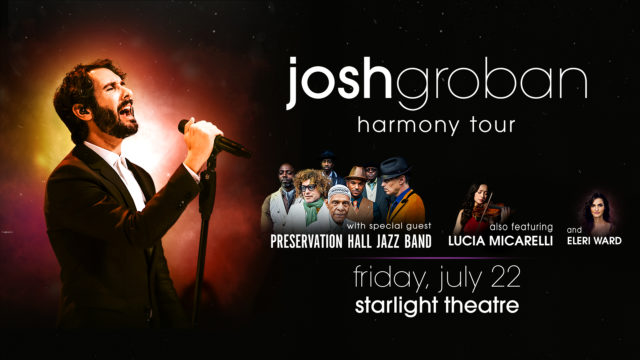 Join Kansas City PBS at Starlight Theatre for a once-in-a-lifetime evening of artistry and musical brilliance! Josh Groban is bringing his much-anticipated Harmony Tour to Kansas City this July, and you can secure your tickets just by supporting this public television station!

Become a member of Kansas City PBS today for an amazing opportunity to enjoy this global superstar’s most dynamic and powerful music yet — live and in-person! When you make a one-time $250 gift in support of public television, we’ll thank you with a single PRIME SEATING ticket in the Orchestra Level at Starlight Theatre — the closest section to the stage!

Click here to learn more about becoming a member of Kansas City PBS and to secure your tickets to Josh Groban’s Harmony Tour!

—
Multi-platinum award-winning singer, songwriter and global superstar Josh Groban hits the road for his Harmony Summer 2022 tour. This tour will be the first time Josh has played songs for a live audience off his latest album, “Harmony,” released in November 2020 via Warner Records. The tour will be held at mainly outdoor venues and includes a stop at Starlight Theatre Friday, July 22.

Tony®, EMMY®, and four-time GRAMMY® Award-nominated singer, songwriter, actor, and philanthropist Josh Groban possesses one of the most outstanding and instantly recognizable voices in music. Moreover, he continues to captivate fans everywhere as both a powerhouse vocalist and dynamic renaissance man. He has sold more than 35 million albums worldwide, headlined legendary venues on multiple continents, and entertained audiences with acclaimed film and television appearances.

Groban remains an active arts education philanthropist and advocate, and his Find Your Light Foundation helps enrich the lives of young people through arts, education and cultural awareness.

Due to COVID the KCPBS’ annual Technology Conference will be postponed until this fall.  This conference is for teachers, administrators, media specialists, technology coordinators, curriculum directors and anyone interested in the world of education and engaging students. This professional development opportunity offers a full schedule of sessions designed to empower educators with knowledge and strategies for effectively integrating technology in today’s classrooms.

Registration will be open in September.