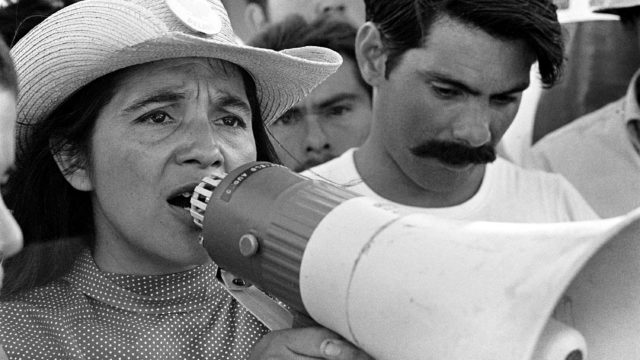 Dolores Huerta might be one of the most important – and yet least known – activists in American history. Co-founder of the first farmworkers union with Cesar Chavez, she was a tireless leader in the fight for racial and labor justice and emerged as one of the most defiant feminists of the 20th century.

The 2017 documentary Dolores traces her fascinating life, from the fearless young woman confronting teamsters on violent picket lines to the activist grandmother nearly beaten to death by a San Francisco police squad. It also takes an unflinching look at the barriers faced by women and people of color within the very communities they’re fighting for. 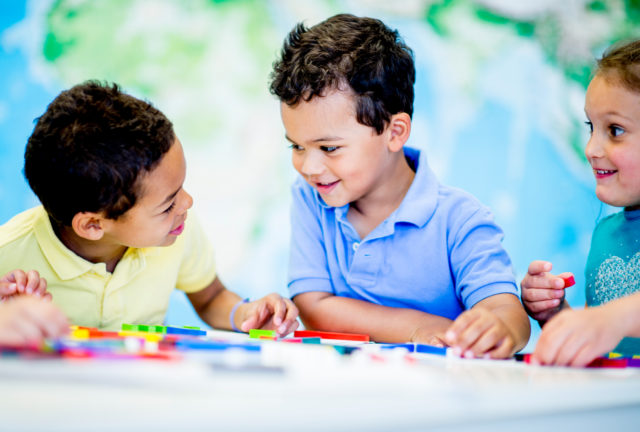 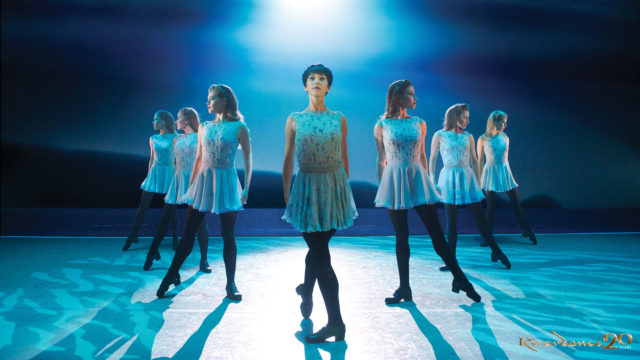 The international Irish dance phenomenon returns to North America to capture the imagination of audiences across all ages and cultures. Drawing on Irish traditions, the combined talents of the performers propel Irish dancing and music into the present day to deliver an innovative and exciting blend of dance, music and song. Of all the performances to emerge from Ireland – rock, music, theatre and film – nothing has carried the energy, the sensuality and the spectacle of Riverdance.

To witness the 20th anniversary celebration, call 1-888-203-1747 or complete the form below to make your contribution for tickets in support of Kansas City PBS! 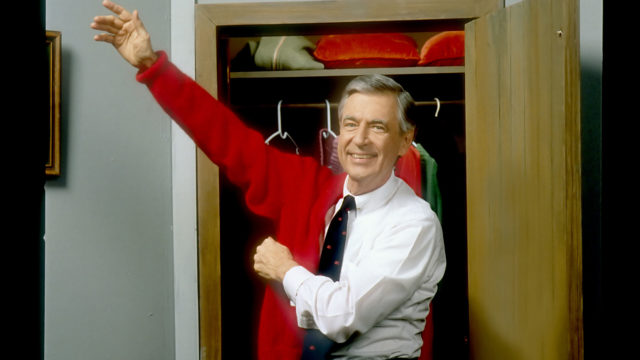 Join Kansas City PBS and our community partners, including ServeKC, for the KCPT Mister Rogers Kindness Crawl. Adult participants will use the KC Streetcar (aka our Neighborhood Trolley) to make a series of stops with activities focused on helping the community, like making a peanut butter and jelly sandwich for a someone in need with Initiative PB & J, writing a message to a senior receiving a box of food from Harvesters, creating a toy for a dog at Wayside Waifs or assembling welcome materials for a family that will be distributed through KC for Refugees. The Chesterfield at the Alamo, the City Market, the Kansas City Public Library,  and Union Station will host activities. Participants will also be encouraged to engage in simple acts of kindness while in transit like saying “Hello” to a stranger, picking up litter, and giving a child a Daniel Tiger sticker book. Throughout, participants will be encourage to document and share their activities via social media. The crawl will begin and culminate at the Chesterfield, next to the Power and Light KC Streetcar stop, for a brief presentation, clips from the series and prizes. 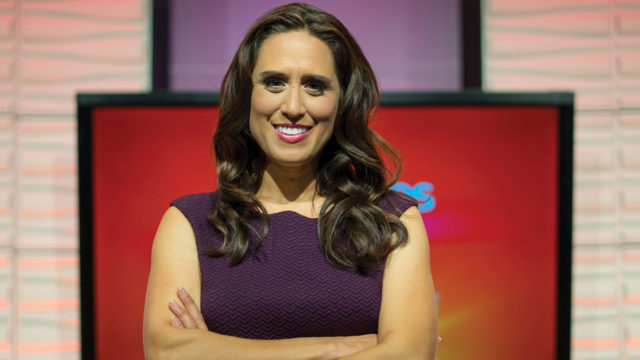 In a small group, navigate nutrition labels, grocery store aisle confusion and ever-changing diet fads to achieve a healthier, happier life with Kristin Kirkpatrick, a licensed, Registered Dietitian and the Wellness Manager at the Cleveland Clinic. Session attendees will have an opportunity to ask questions and receive additional guidance to best address your nutritional needs.

Call 1-888-203-1747 or complete the form below to make your contribution for your tickets in support of Kansas City PBS!

Frustrated with the slow pace of civil rights reforms and outraged at the assassination of Martin Luther King Jr., protesters in Kansas City took to the streets on April 9, 1968. The four subsequent days of civil unrest shocked many in a city known for its lack of racial violence despite deep, underlying tensions. Six people – all African-Americans – died, some 20 more were hospitalized, and arrests totaled nearly 300. A three-block area of Prospect Avenue was bombed out and burned down.

The Library, in collaboration with KCPT-Kansas City PBS and KSHB-41 Action News, examines the indelible episode and its aftermath in a two-pronged event marking its 50th anniversary. First is the premiere screening of the new documentary short ’68: The Kansas City Race Riots, Then and Now, co-produced by KSHB and KCPT. Then, a panel discussion addresses the lessons learned from the violent chapter of history, from the role of policing to the value of protest. KCPT’s Nick Haines moderates. RSVP at the library’s website.

Inspired by the popular series Finding Your Roots with Henry Louis Gates Jr., Kansas City PBS has partnered with the Midwest Genealogy Center to offer an exclusive opportunity to help you explore incomplete and unknown narratives of your family history with a genealogy librarian of the Midwest Genealogy Center. In this 2-hour consultation, you are encouraged to bring your questions, photos, heirlooms and oral histories to start or continue your ancestral journey.

Call 1-888-203-1747 or complete the form below to make your contribution for your ticket to begin your ancestral journey with Kansas City PBS.

Kansas City PBS has organized this event in partnership with Midwest Genealogy Center. 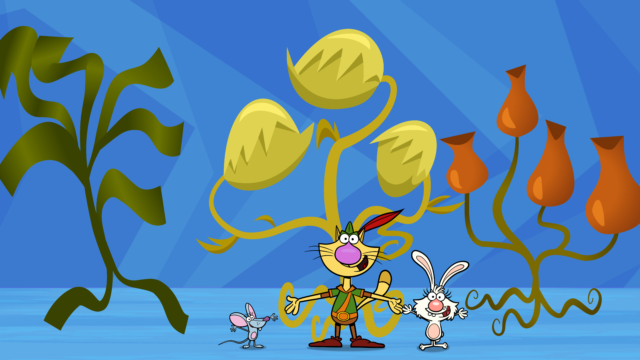 Join Kansas City PBS for a sneak preview of new Nature Cat and Wild Kratts episodes during Wildflower Weekend at the Anita B. Gorman Conservation Discovery Center. Screenings will take place at 9:30 a.m. and noon. Make a Wild Kratts Nature Journal and explore the center’s grounds during the peak of wildflower season. Discover what’s blooming at the center from 10 a.m. to 2:30 p.m. with guided wildflower walks, nature art, and insider information on where to go to see Kansas City’s best wildflower displays. 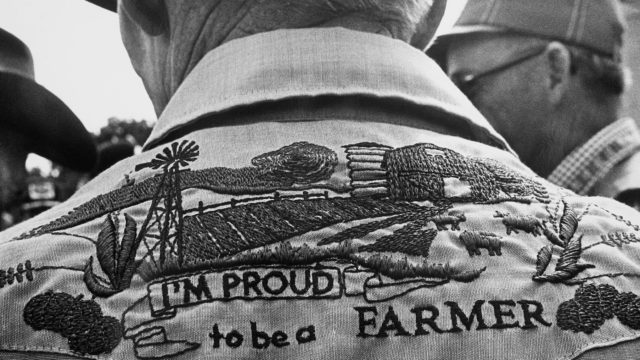 Wendell Berry is often called a “prophet for rural America.” The 83-year-old essayist, novelist, and poet–one of our country’s most important living writers–has famously championed agrarian life while living and farming since 1965 in Henry County, Kentucky.

Join KCPT for a free screening of the film followed by a discussion with local artists and community partners including The Writers Place and the Atkins-Johnson Farm and Museum.

The event is co-presented by the Kansas City Public Library and the University of Missouri-Kansas City. 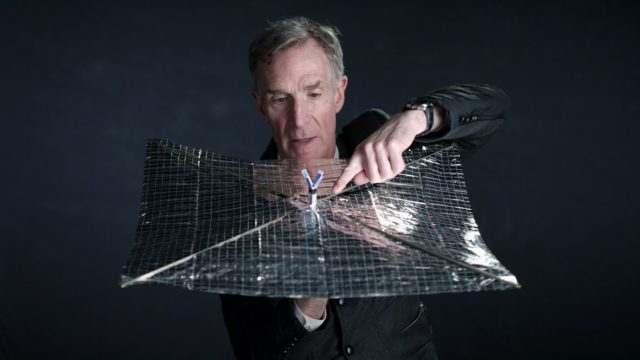 Bill Nye is a man on a mission: to stop the spread of anti-scientific thinking across the world. The former star of the popular kids show “Bill Nye The Science Guy” is now the CEO of The Planetary Society, an organization founded by Bill’s mentor Carl Sagan, where he’s launching a solar propelled spacecraft into the cosmos and advocating for the importance of science, research, and discovery in public life.  With intimate and exclusive access —as well as plenty of wonder and whimsy — this behind-the-scenes portrait of Nye follows him as he takes off his Science Guy lab coat and takes on those who deny climate change, evolution, and a science-based world view.

Join KCPT, Union Station, the KC STEM Alliance and KC March for Science Festival for a free screening of the new documentary followed by a conversation with local scientists.

Prior to the screening there will be demo’s by Science City educators, as well as a Bill Nye photobooth.

Event is family-friendly and free with RSVP.